Mr. Southwell is a Member of the Institute of Chartered Accountants of England & Wales 1993, and graduated from Eton College in 1985 and Durham University in 1989.

He founded Axius Capital (Axius) in 2012 and has led the Company in developing a unique investment framework for infrastructure investments in emerging markets, focusing on channelling institutional capital into long-term projects. He also serves as the Chairman of the Investment Committee of the Nigeria Infrastructure Debt Fund.

Mr. Southwell has a 25-year career in investment banking and principal investing, mostly focused on emerging markets in Africa, Asia, Middle East, and Central Europe. He has been active in financing infrastructure throughout his career from an M&A, equity capital markets, debt capital markets, loan capital markets & high yield perspective. This includes landmark transactions for, DP World, OCI, the Angolan Government, JAFZA, Abu Dhabi, MTN, Fortress, KEPCO, KDIC. From a fund perspective: at EFG-Hermes he worked with the European Investment Bank to structure and launch InfraMed. In Australia, he structured and invested in a number of domestic infrastructure projects (primarily toll roads & airports). He has listed an infrastructure debt vehicle on the London Stock Exchange.

Mr. Southwell’s investment banking career started in 1994 with Smith New Court (now Bank of America Merrill Lynch) and he then spent 13 years at Deutsche Bank (of which 5 were based in Asia) promoted into a variety of leadership roles for emerging markets including Head of Asia-Pacific for ECM; Head of Coverage for CIB EMEA; Board Director of DB Russia; Head of CIB for Eastern Europe, Middle East and Africa; CSO for CIB in EMEA. He then moved to Dubai with EFG-Hermes as CEO of their GCC region, then with Bank of America Merrill Lynch as President, MENA region and ExCo member for Emerging Markets (ex-Asia) for all products, and CEO of Exotix Partners, the specialist emerging markets firm. 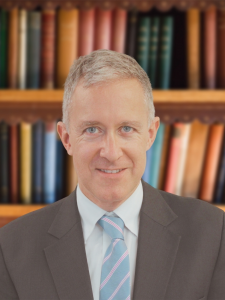